Can the insurance company conduct surveillance of persons involved in personal injury claims? Yes, but there are limits. Ottawa accident and injury lawyer explains new case. 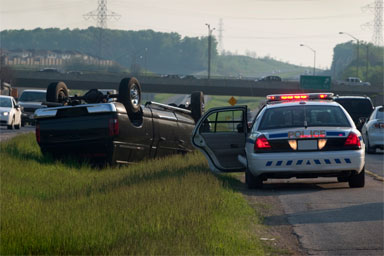 In a recent Ontario Court of Appeal case Iannarella v. Corbett, 2015 ONCA 110, the Ontario Court of Appeal provided useful guidance to injury lawyers on the issue of admissibility and use of surveillance evidence at trial. It is not an uncommon practice for insurance companies to seek the assistance of investigators to conduct surveillance of injured parties to determine whether their allegation of injury and disability are accurate.

In this particular case, a person was injured in a car accident. Certain injuries and limitations were alleged. In advance of trial, the defendants retained a private investigator. That investigator obtained many hours of video surveillance of the injured plaintiff. However, the defendant failed to disclose to the plaintiff the existence of the surveillance footage. No particulars had been provided to the plaintiff or counsel. The existence of the surveillance was not disclosed in an affidavit of documents and it appears there was no examination for discovery of the defendant nor was there an affidavit of documents produced by the defendant.

The plaintiff sought production of an affidavit of documents and disclosure of surveillance in advance of trial but the judge at pre-trial denied the motion because of Rule 48.04, which states in part that a party who has set an action down for trial may not continue any form of discovery.

Moreover, at trial, the trial judge allowed the defence to play the video surveillance. The plaintiff was also cross-examined on the contents of the video. The video was admitted as an exhibit at trial.

In issue was the interpretation of the rules and the obligations of parties to make full disclosure and follow the principle of not being ambushed at trial. Full disclosure is a fundamental aspect of our judicial system.

The Ontario Court of Appeal held that

In conclusion, the law is clear: defendants must provide particulars of post-discovery surveillance. This is so regardless as to whether the defendant intends to rely upon it at trial.

Our personal injury lawyers deal with these types of litigation issues on a daily basis. If you have been injured in an accident, please contact us for a free consultation at 613-315-4878.