Injured in an accident in Ottawa or Ontario and believe you are being followed by a “private eye”? You need to read this! Ottawa Accident and Injury Lawyers discuss the use of surveillance at trial! 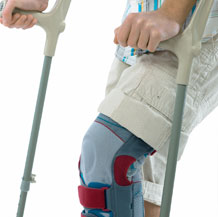 Ever wonder of the insurance company can hire a private eye to follow you in an injury case in Ottawa or anywhere in Ontario? Ottawa injury lawyer describes some principles regarding surveillance

In the recent Court of Appeal decision of Iannarella v. Corbett, the Court made comments with the use of surveillance in litigation and at trial.

Essentially, parties are obligated to disclose in a document called an “affidavit of documents” all documents relevant to the issues in the court case. This includes surveillance of other parties obtained through other people such as private investigators or “private eyes”. The party can claim what is called “privilege” over the records obtained during the surveillance such as video and photos which means all that party must do is disclose the existence of the evidence and provide some basic facts such as dates of the surveillance, times of surveillance and the name of the investigator etc….(see more below).

In this case, the insurance company did not disclose the existence of the surveillance and then used it at trial. The trial judge allowed the use of the evidence for impeaching purposes (to show the party was not being truthful). However, the decision was appealed and the trial judge’s decision was set aside because the evidence obtained in the surveillance was never disclosed to the other party. In Ontario, disclosure of all relevant documents is a key and important aspect of ensuring parties have a fair trial.

Because the surveillance had not been produced to the Plaintiff prior to trial and moreover, had not been disclosed in an affidavit of documents, the Ontario Court of Appeal said that the trial was unfair.

Now for some technicalities: Surveillance is a “document” pursuant to the Rules of Civil Procedure, and as such, it is governed by Rules 30.02 and 30.03 which require it to either be disclosed in Schedule A of a party’s affidavit of documents or listed in Schedule B as a privileged document. Rule 30.08 sets out that the failure to disclose a document that is favourable to one’s may result in that party not being able to use the document at trial.

Why is disclosure important? It allows the parties to assess the strengths and weaknesses of their case, explain the surveillance evidence, better prepare for trial and ensures a fair trial. Also, the disclosure of surveillance serves to encourage early settlement in the litigation process.

The Ontario Court of Appeal found that the trial judge erred in failing to exclude the surveillance evidence under Rule 30.08 and the trial Judge ought to have had the party trying to use the surveillance comply with the rule in Browne v. Dunn before admitting it. The result is that the non disclosure of the surveillance resulted in an unfair trial and impaired the ability of the Plaintiff to fairly prepare for trial and consider settlement.

Our lawyers have nearly 20 years of experience dealing with all types of accident and injury cases. We have handled thousands of car accident cases, slip and fall cases and dog bites cases throughout Ottawa and Ontario.

If you have been injured in an accident, we can provide you with free consultations and we only get paid when you win.