What happens if your Ottawa personal injury action is dismissed administratively by the Court? Is it the end of the road? 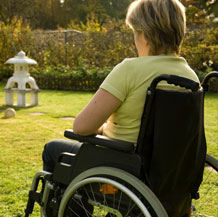 In a recent case decided by the Divisional Court, the issue of administrative dismissals was addressed. In MDM Plastics Limited v. Vincor International Inc., 2015 ONCA 28, the Plaintiff’s case was dismissed by order of the Court registrar for a second time.

When reviewing the issue of setting aside administrative dismissals, the Divisional Court referred to the factors identified in Reid v. Down Corning Corp. The factors in that case requires a plaintiff seeking to set aside a dismissal to provide a reasonable explanation for the delay in the litigation, show inadvertence in missing the time-lines as set in the Rules of Civil Procedure, file a motion as soon as possible (promptly) and provide convincing evidence to the Court that there is no prejudice caused to the defendant as a result of the plaintiff’s delay.

In its reasons, the Court mentioned again how important it is that the plaintiff demonstrate that there is no prejudiced caused to the defendant. The Court also emphasized the principle that parties are entitled to obtain finality in court actions and delays prolong finality of the proceedings.

As an interesting point, the Court stated that the plaintiff does not have to adduce affirmative evidence to rebut a presumption of prejudice against the defendant and the Court should consider all of the circumstances of the case, including the plaintiff’s explanation for the delay, how quickly they acted and both the plaintiff’s and defendant’s conduct in the litigation. The Court upheld the Divisional Court’s decision to set aside the dismissal order.

In litigation, the steps to be taken are largely governed by the Rules of Civil Procedure. It is a serious thing to have a court action dismissed for any reason. In the end, this decision balanced the rights and interests of all parties.

If you have been injured in a car accident, slip and fall, trip and fall or dog bite case or some how way, our lawyers can provide you with a free consultation and accept your case on a no fee until you win basis. Call us today at 613-315-4878.