Treating Health Care Providers (Physicians) – Can they provide expert or other evidence at trial? 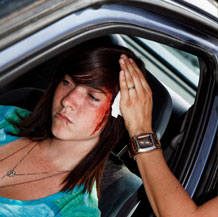 Can A Treating Medical Practitioner Give Evidence at Trial? By Charles Thompson, QTMG Injury and Accident Lawyers, Ottawa, on June 2, 2015

In the recent case of Westerhof v Gee Estate, 2015 ONCA 206, the Ontario Court of Appeal discussed the distinction between a litigation expert (an expert retained by counsel to give expert opinion evidence), and a participant expert (an expert such as a doctor who has formed an opinion based on their own involvement with the events at issue and is called by counsel to give that opinion). The court concluded that it is not necessary for a participant expert to produce an expert’s report in accordance with Rule 53.03 in order to give their expert opinion at trial. The Westerhof decision is significant for the plaintiff’s personal injury bar, since it confirms the rule that treating medical practitioners are able to testify as to the diagnoses and prognoses they formed during the ordinary course of treating the plaintiff without tendering an official expert’s report.

Background: The Role of Experts at Trial

Expert evidence is evidence given by someone who has acquired special or peculiar knowledge through study or experience, knowledge which is outside of that possessed by the ordinary person. The courts are loathe to rely on experts unless it is necessary to the fair determination of a trial. Their concern is that expert witnesses will usurp the role of trier of fact.

The admission of expert evidence depends on four preconditions of admissibility: 1. Relevance; 2. Necessity in assisting the trier of fact; 3. The absence of any exclusionary rule of evidence; and, 4. A properly qualified expert.

After these preconditions are met, the court will still consider whether, on the whole, the benefit of the expert’s evidence outweighs the danger that the expert, in giving their opinion, will usurp the fact-finding role of the jury. An expert witness has a duty to provide evidence in an objective an unbiased manner, and should never assume the role of advocate. This duty is crucial in order to prevent expert witnesses from becoming “hired guns” or “opinions for sale.” In recognition of the sanctity of this duty, the expert witness swears an oath.

Rule 53.03 of the Ontario Rules of Civil Procedure contains very specific requirements with which experts must comply or else they will be unable to testify at trial. Well in advance of trial, expert witnesses must produce a detailed report containing their qualifications, opinions, and the reasons supporting those opinions. Failure to comply with this requirement will mean that the expert will not be able to give their opinion to the court.

Westerhof was a motor vehicle accident case. The plaintiff was rear-ended and suffered a whiplash injury and chronic pain. The main issue in the trial was causation: whether the complaints of the plaintiff could be attributed to the accident. The counsel for the defendant had successfully argued before the Divisional Court that certain reports tendered by the plaintiff did not meet the requirements of the Rules of Civil Procedure and were therefore inadmissible.

Accordingly, a physiotherapist and kinesthesiologist who produced a report for the plaintiff’s accident benefit insurer were not able to provide an opinion as to whether in their opinion was in pain. This evidence was crucial because the defendant accused the plaintiff of malingering. A radiologist who produced a diagnostic imaging report in which he concluded that the plaintiff’s injuries were caused by the accident was not able to provide his opinion as to causation.

This was also critical, as causation was the main issue in this case. The plaintiff appealed to the Ontario Court of Appeal, which concluded that the Divisional Court had erred in not allowing the treating experts to give the opinions formed in the course of treating the plaintiff.

The important point to take away from these cases is that where a family doctor, treating psychologist, psychiatrist, physiotherapist, or any other medical expert has provided treatment to a patient in the ordinary exercise of their skill, knowledge, training and experience and formed an opinion based on observations they made, they are able to testify at trial as to the opinions they formed in the course of treating a patient, provided of course that their evidence meets the above mentioned preconditions for admissibility (relevance, necessity, absence of any exclusionary rule, proper qualifications, etc.).

This article is presented for information purposes only and should not be read as legal advice. Each case is different and the law may apply differently depending on specific facts of each case.