Waivers and Releases in Sporting Activities – Do They Work? 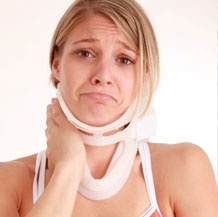 Waivers of Liability Agreements in Ontario

When you sign a document waiving liability, can it prevent you from obtaining damages if you are injured? In short, it depends on the circumstances, including the content of the written waiver.

Persons use waivers to protect themselves from liability. You often see waivers being signed when a person participates in an activity that carries risk of injury such as martial arts, sports etc.

When a waiver is signed, it usually indicates that there is a recognized risk of injury when participating in a given activity.

In the recent 2015 case of Levita v. Alan Crew et al., the Ontario Superior Court of Justice analyzed the issue of waivers and how they can be enforced. The Court reviewed the effectiveness of persons signing waivers in the context of sporting activities. The Court also considered whether signing a waiver could be a complete defence to a court action. In the case of Levita, an individual fractured a leg while playing hockey. He alleged that another player intentionally or recklessly checked him into the boards from behind which was in contravention of the rules of play of the league.

The Court relied on previous decisions which outlined the test to be applied to determining whether a waiver would be upheld. In particular, the test set out as follows:

Is the release valid in the sense that the plaintiff knew what he was signing?

Alternatively, if the circumstances are such that a reasonable person would know that a party signing a document did not intend to agree to the liability release it contains, did the party presenting the document take reasonable steps to bring it to the attention of the signator?

What is the scope of the release and is it worded broadly enough to cover the conduct of the defendant?

Whether the waiver should not be enforced because it is unconscionable?

In Levita, the Court found that the waiver was worded very broadly but was clear and it set out the risks involved in playing recreational hockey. The Court upheld and applied the waiver. The case was dismissed.

The waiver specifically stated as follows:

Collisions with the rink boards, hockey nets, and ice; Being struck by hockey sticks and pucks; and

Physical contact with other participants, resulting in injuries to the eyes, face, teeth, head and other parts of the body, bruises, sprains, cuts, scrapes, breaks, dislocations and spinal cord injuries which may render me permanently paralyzed.

In its decision, the Court relied on a previous decision called Kempf v. Nguyen, 2015 ONCA 114, which provided that the law is “clear that a party relying on a waiver has the onus of proving the validity of the document and any ambiguity is resolved against the party who is attempting to rely on it…. If a party is seeking to rely on a waiver to defend a claim based in negligence, the wording must be specific as to what risks and dangers in the activity would be covered”.

In conclusion, properly drafted waivers can be used as a complete defence to a court action.

Each case will be decided on its own specific facts.

We offer free consultations and don’t charge a fee until we win your case!